Jiwasraya, textile import, lobster and bansos, four keywords of current phenomenon that will lead us to one sad incident, a major corruption case. All three have occurred when we haven’t forgotten the other keywords: coalruption, e-ktp, and hambalang. It is sad but interestingly not surprising. Corruption is the deterioration of ethical character, loss of moral integrity, and institutional dysfunction (Priyono, 2018).

Corruption is not only an act of breaking the law or deviation from the norms. It is an erosion of the law and the norms (Grigorie, 2018). Corruption is an act with a perfect combination of deadly characteristics: systematic, structured, systemic, networked, and decentralized corruption.

More than that, what is increasingly worrying is that corrupt behavior has normalized and has even developed from just a problem to a way of solving problems. These seven characteristics of the corruption phenomenon may have manifested in Indonesia.

Corruption becomes structured when an institution deviates from the purity of its original intent and purpose. State governance systems and organizations are misused to benefit particular groups of interest. The financing of political campaigns by corporations can be an example of structured corruption (Ceva & Ferretti, 2017).

In Indonesia, this occurred when the lack of state subsidies for political parties resulted in increased efforts to secure illicit financing. it exploits the legislative and executive institutions as a source of income (Mietzner, 2007). Vote-buying (Muhtadi, 2018) and the deliberative weakening of social control institutions indicate the existence of structured corruption.

At the first level, the principles of life and the essence of humanity has been contaminated. Harmonization of ethical principles and the introduction of universal ethics may be able to stop this corruption. The second level is the corruption of moral behavior. When facing ethical dilemmas, leaders and employees choose the most profitable way even though it is unethical behavior.

They face difficulty in balancing values, multiple loyalties, and obligations (Fotaki & Humantito, 2015). The increasing greed and love for power have become the three manifestations of the third level of corruption of people. The fourth level, corruption of organizations is when the leader tries to avoid performance failure by corruption.

For example, when a CEO bribes the government to gain or avoid losses. Corruption creates uncertainty and the CEO argues that only by bribery a corporation can survive. The fifth level, corruption of the state, is that the foreign business actors bribing government officials, for example, to obtain permits, licenses, or particular facilities. It resulted in an increasingly inefficient economy and people losing their trust in the government and other state institutions.

In systemic corruption, it becomes the rule and is not considered as a deviation anymore. Corruption has become a routine and usual daily activity so that any system specifically designed and implemented to prevent and detect the behavior will be increasingly ineffective.

Incentives to commit corruption are very attractive and irresistible to individuals, public officials, and corporations. It is supported by a corrupt environment where the corrupted rules and norms are widely known and obeyed by the wider community. These irresistible incentives form a deeper systemic corruption trap. (Stefes, 2007) (Coetzee, 2012).

We need to understand that systemic corruption in Indonesia is a central element of the governance system. It is not a trivial and incidental mistake that rarely occurs in a well-ordered bureaucracy. It is an integral part of government function (Znoj, 2007).

Corruption is no longer just a collection of practices carried out by a large group of public officials but represents a network that has a complex but effective operating system. Corruption networks are cross-public and private, across echelons in government and state-owned enterprises.

Each actor has a specific role, and some actors perform multiple roles. Network leaders can be from outside the government or from within the government. They control government power to maximize profits and enforce discipline among actors in the corruption network. (Chayes, 2016)

Regional autonomy and decentralization of decision-making have shifted the locus of power and the risk of corruption from the central government to regional and local governments. The original intent was to increase public participation in decision-making and promote transparency.

It can reduce the levels of corruption, but then corruption is also decentralized. The lack of vertical accountability has made the community monitoring system degenerate and rot into a corruption network. It becomes a problem of collective action (Walton & Jones, 2017).

Become a way of solving problems

Corruption develops from just a problem to a way to solve problems. In certain contexts and situations, corruption serves as a solution to difficult social, economic, and political problems. Economic and political factors force government leaders to rely on corruption to mobilize, consolidate, and carry out political redistribution.

Corrupt environment and behavior can become conditions that are questionable and problematic. Corruption has been an institutionalized, stable, patterned, and recurring condition. It occurs without much reflective thinking about the nature of the behavior.

There is a process whereby corrupt practices become routine, thereby eliminating awareness of wrongdoing. It combines with rationalization and socialization where the perpetrators justify their actions, introduce and include new members in the act of corruption. (Jávor & Jancsics, 2013) (Ashforth & Anand, 2003).

Extensive and comprehensive research is needed to determine whether these seven deadly faces of corruption have, have not, or have manifested in Indonesia.  We need to look at corruption from a more comprehensive perspective. Corruption is not only an agency problem but also a collective action problem.

Corruption is the result of broader governance problems that have so far been unsolved. Corruption risk management may be one approach that can be considered to overcome it. In managing corruption risk, understanding these seven characteristics is an important step to start eradicating corruption. 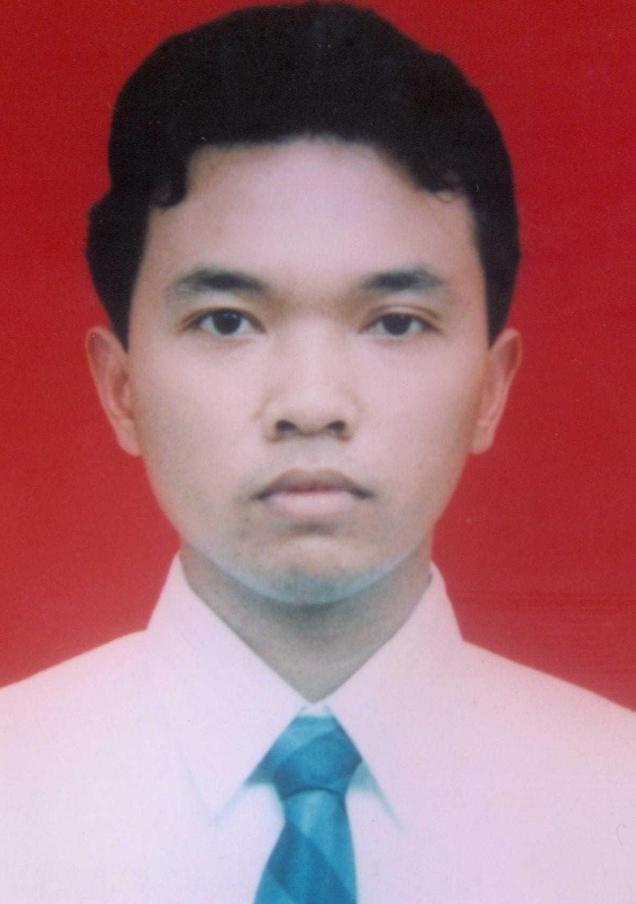 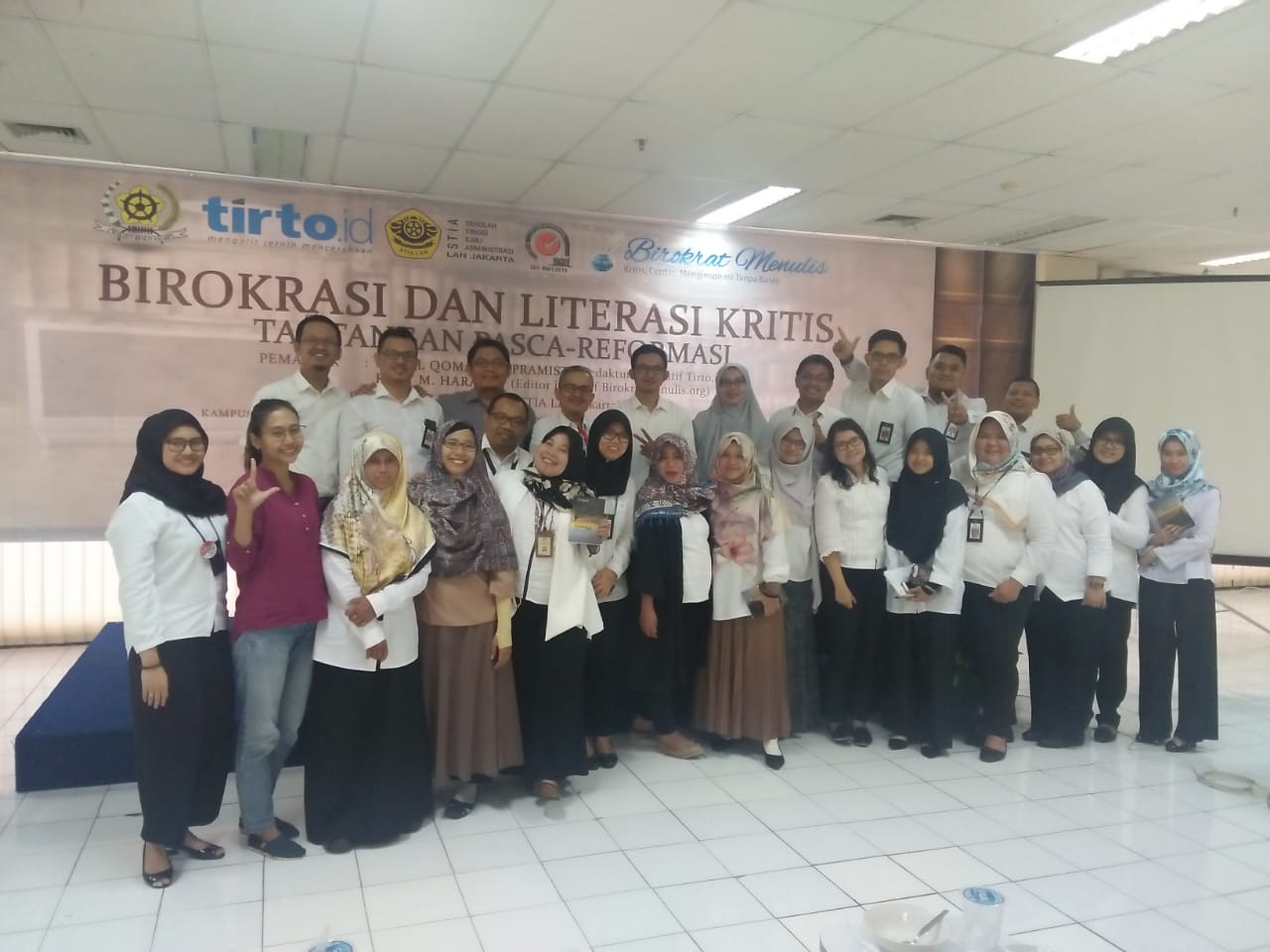 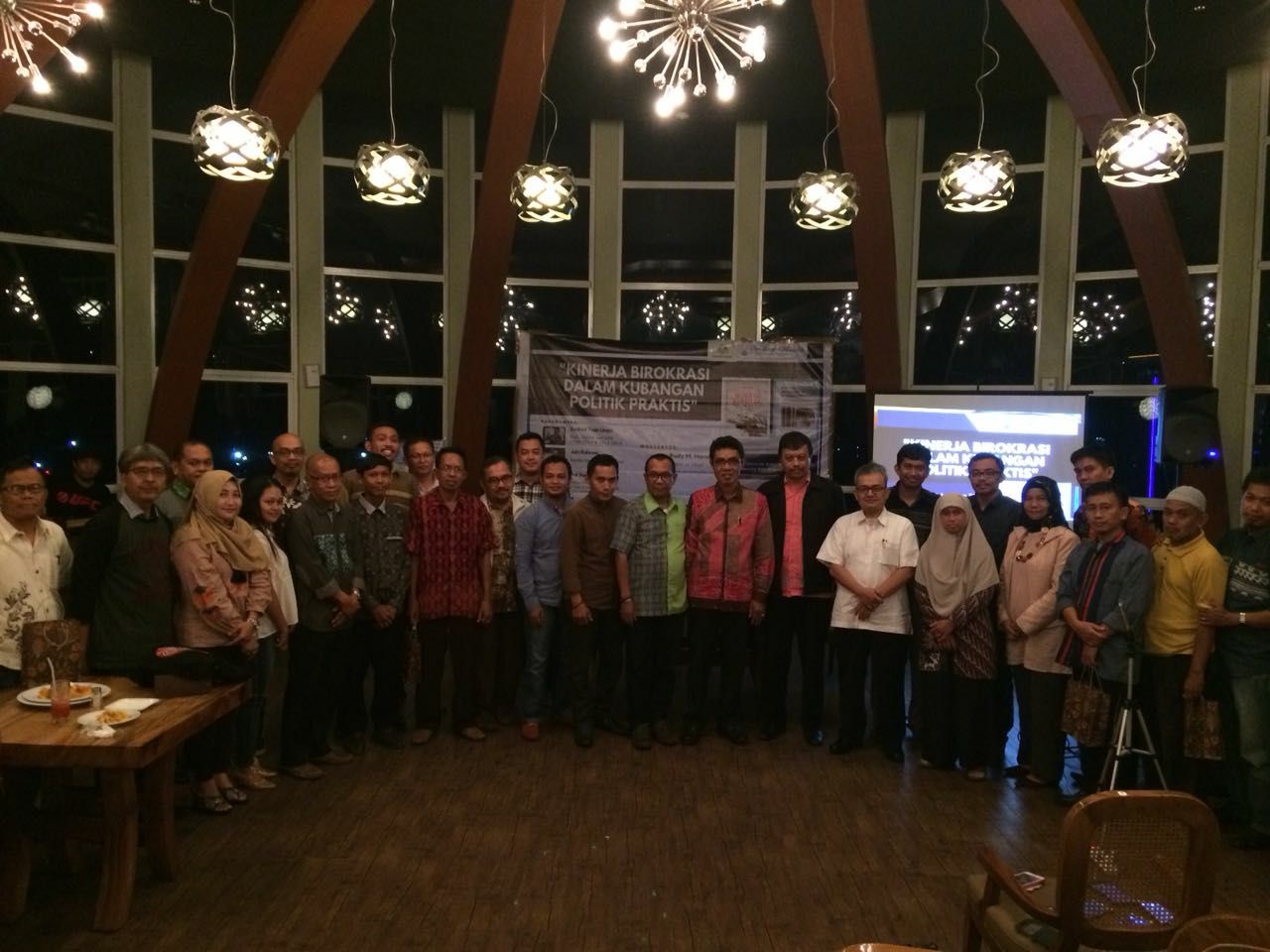 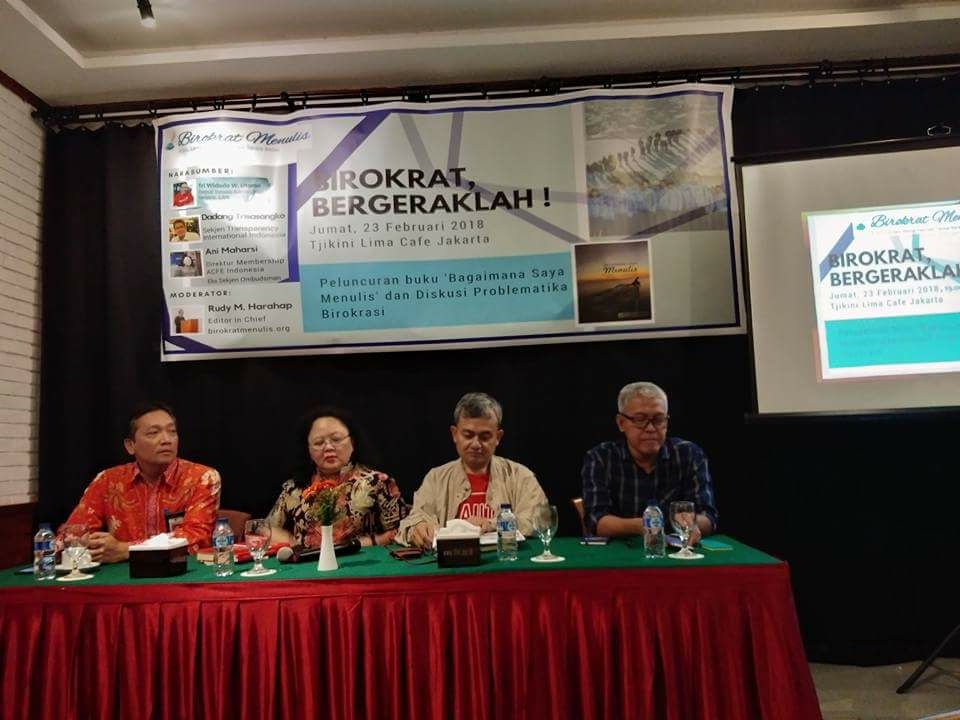 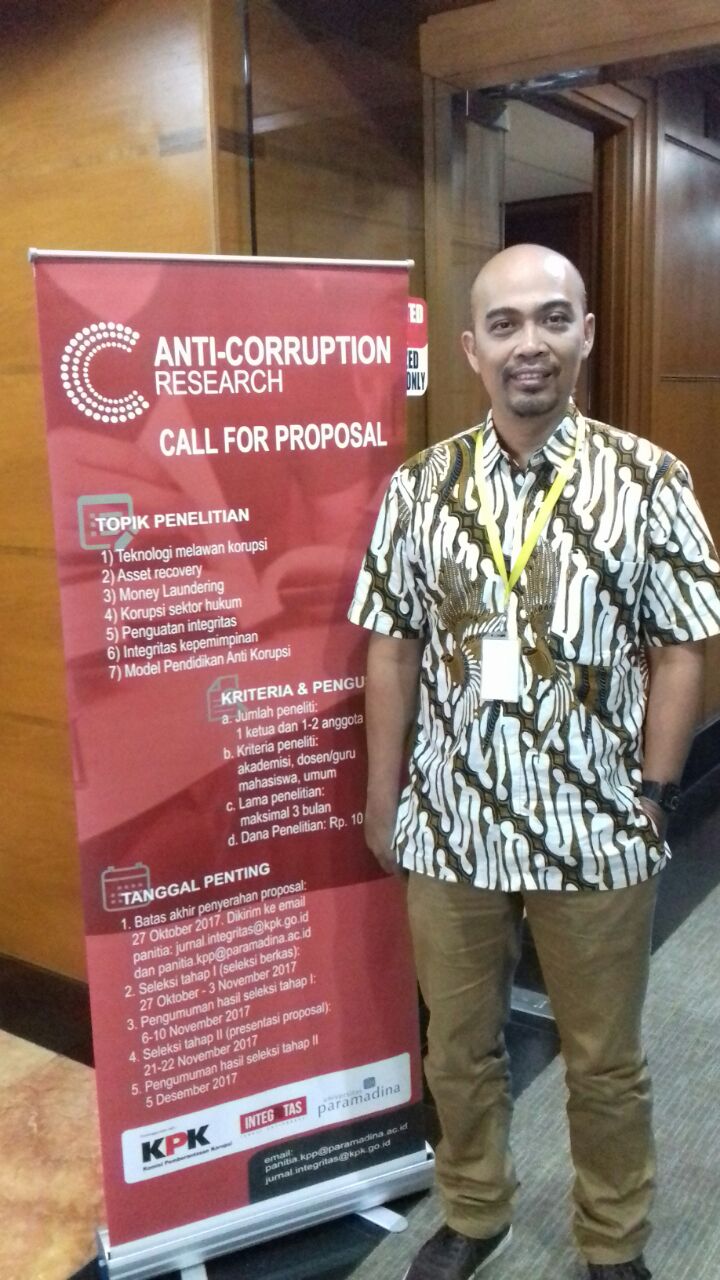 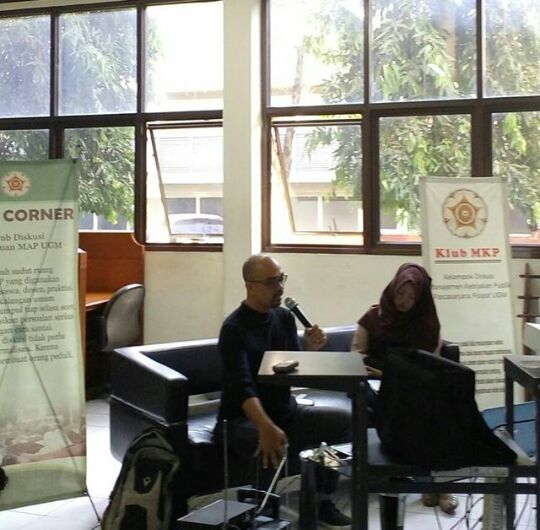